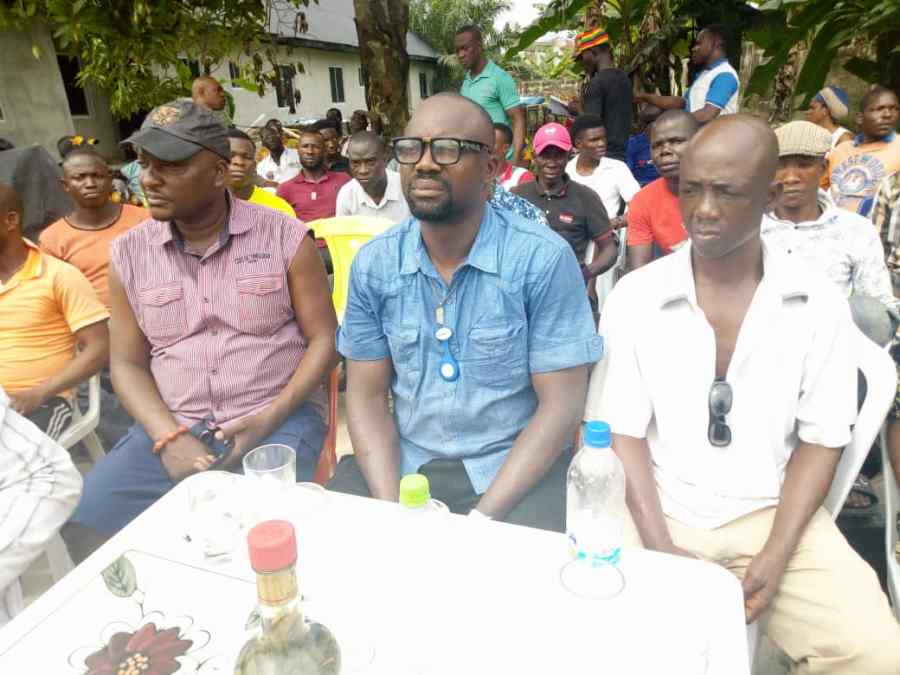 OGONI – OLOMU , AS Nigerians get ready for general elections tomorrow Saturday, Hon.Prince Sony Jifas Ogbon aka the youth political giant has urged all youths of the revered Kingdom ( Olomu ) not to engage in any activity that is unholy to successful electoral process tomorrow.

Prince Sony jifas made the call at his country home during a massive gathering with all Olomu kingdom youths. That the youths should gamble with their lives but try to be responsive in any thing they do, charges the youth on violent free.

According to him, “this election involves all of us, we are concerned just like every Nigerian for the best person to emerge and our members should not be seen engaging in action that is illegal in any way or actions that will mar the success of the elections. I’m

“Olomu kingdom youths are law-abiding, most of us are adults who are qualified to vote, some of our members are contesting in the elections; we should go out on the days of the elections, cast our votes as expected for the People’s Democratic party , pdp, 5/5 and watch the process,” he said.

He added: “we should not be involved in any act of thuggery or be seen to be engaging in anything that is illegal.

“I want to also appeal to leaders including those who are contesting in the elections to avoid influencing our able youths in election malpractices anyone who is caught doing such would face the wrath of the law; we desire a successful, peaceful, free and fair elections where the all PDP candidates would emerge ,” prince sony said while commending Governor Ifeanyi Okowa of Delta state for engaging in issue-based campaigns.

“our governor, Senator Okowa has displayed an exemplary style of campaign and we can confidently say that we, the members of pdp are greatful of his campaign style which involves commissioning of roads, in every part of Delta State – yes. our governor is commissioning road projects and we must commend him for his actions.